"In Italy, for some time now, there have been so many calls for competitions that most architects have worked only on commission, the competitions [...] help young architects to make a name for themselves [...]. This is a critical period [...] everyone lives in an atmosphere of expectation which obviously is not the best condition for competing [...]. Will this war happen, or not?" (Lucio Fontana, letter to his father, 1939)

1939. At the threshold of the Second World War. A competition very close to the end of Fascism. A radical project that relives today through the shreds of its potential ruins.

The project for Palazzo dell’Acqua e della Luce was designed on the edge of a dramatic piece of history. It is probably for this reason that its drawings appear so visionary, dematerialized and utopian. It is literally made of water and light and therefore it is void and liquid, provocative and anti-rhetorical compared to the requests of the competition announcement. A geometrical shell, a reticular structure and a massive sculpture are the components of the idea. Aluminium slabs, wood pillars and beams, and a glass mosaic define the structure and the image. In investigating the original project we have tried to show the effects of the passage of time on an unbuilt piece of architecture through the reconstruction of the materiality of the building that could have been raised on the edge of a colossal war in a district of Rome that never saw the light as designed, and that was conceived in the awareness of an imminent destruction. The absence of the Palazzo dell’Acqua e della Luce is interpreted not as the result of the missed construction of the building, but rather as a consequence of its decline, of its potential condition of ruin. Therefore it lives today through the skillful construction - by the hands of a sculptor - of some fragments, more precisely of the wax imprints of some of its fragments. The pieces, two bolted aluminium slabs, a shred of a worn-out wood pillar, a detail of the Winged Victory with marine horses by Fontana, thus become the vehicle for telling a possible story of the building, as a symbol of the fate of the entire E42 district. The imprint becomes the only means for expressing the absence, as it bears the memory of the contact with the original - although imaginary - piece. The imprint reveals the grain of the wood, the roughness of the sculpture, and the joint of the metal slabs, through the abstractness of the wax, like a negative: the fragments emerge as fossils, lifeless shreds crystallized at a certain stage of a possible historical process. Going back to Fontana's words, they do describe the atmosphere in which the project for Palazzo dell’Acqua e della Luce was conceived eighty years ago, but at the same time they tell us something about our contemporary condition: the 'presence' today of this work reminds us about the value of the project as a metaphor of building (ideas, houses, communities) in a context of crisis and disenchantment not so different from present time. 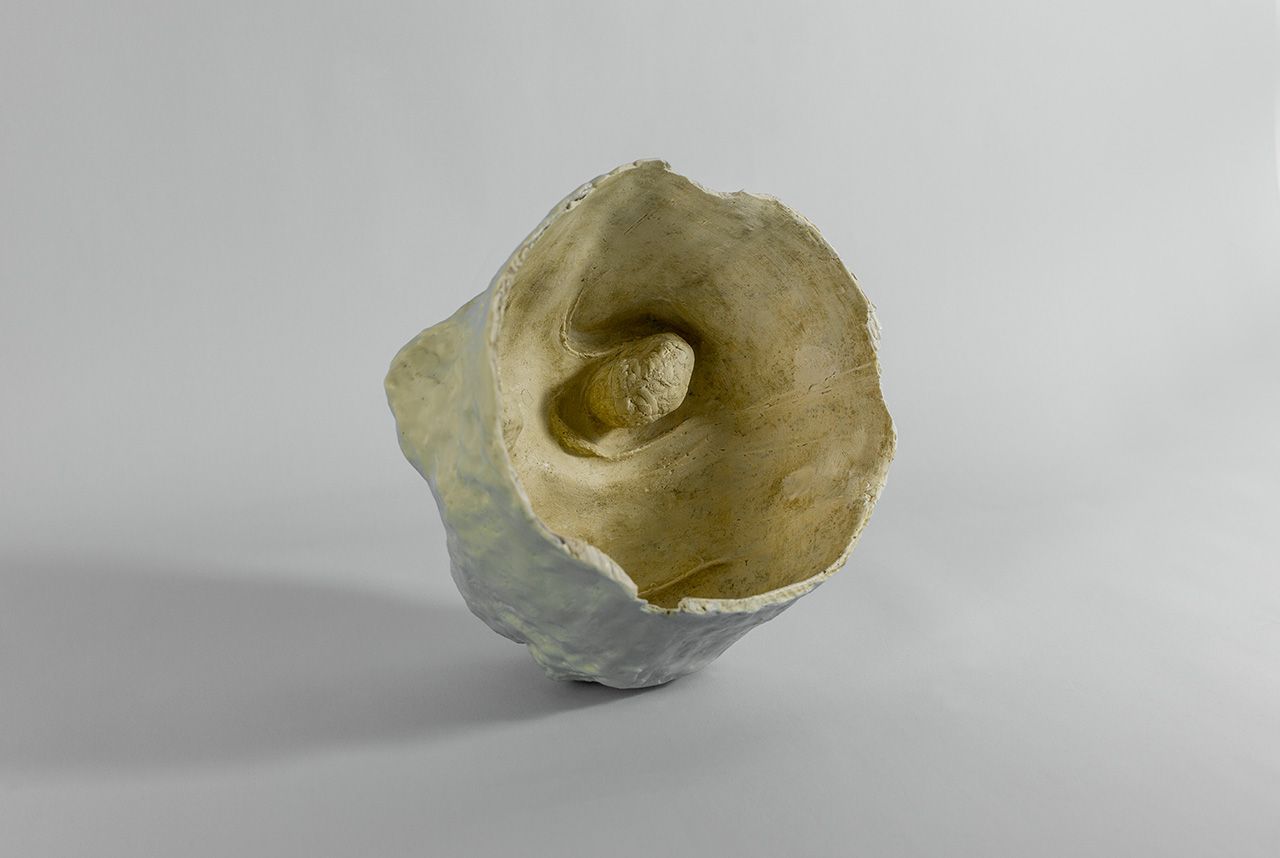 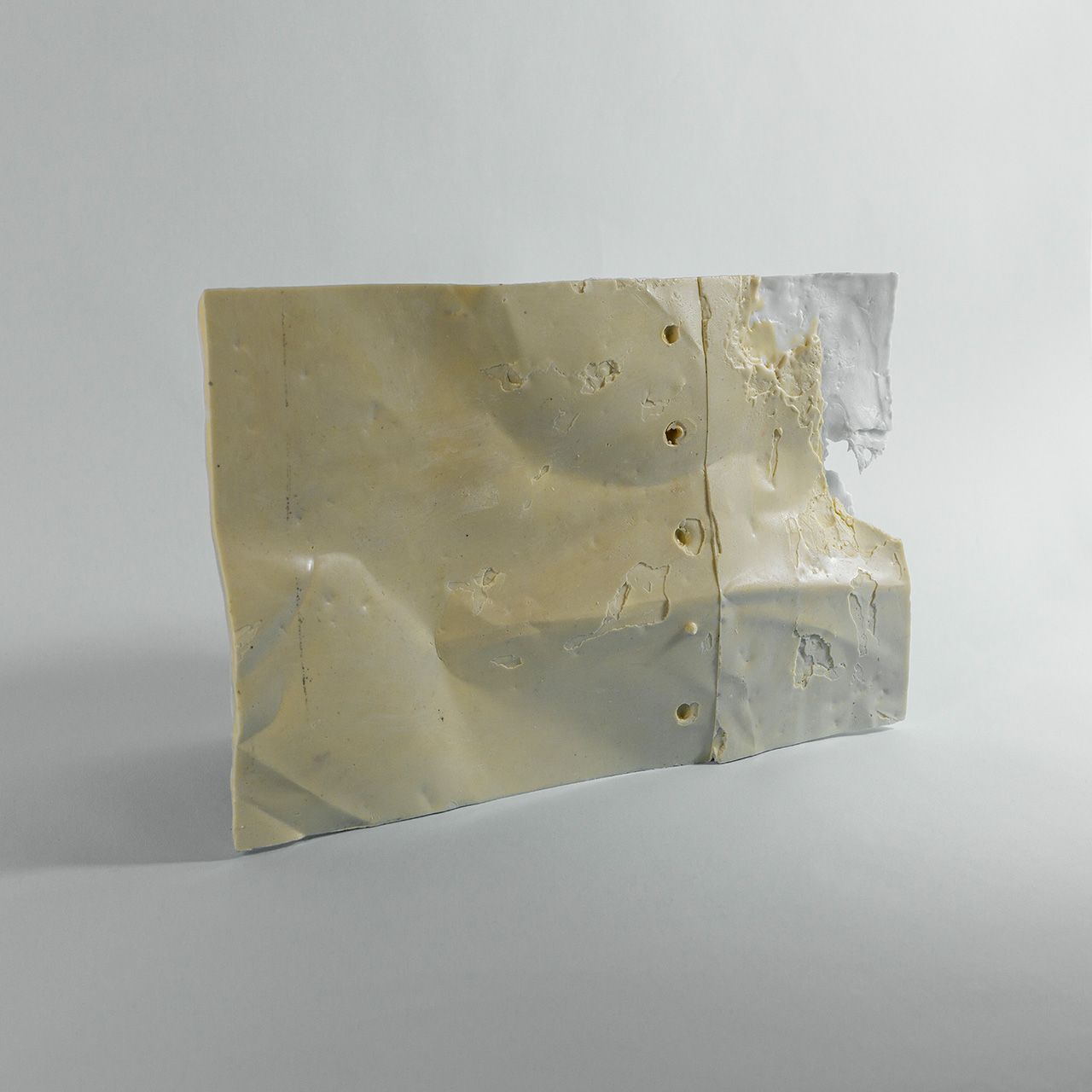 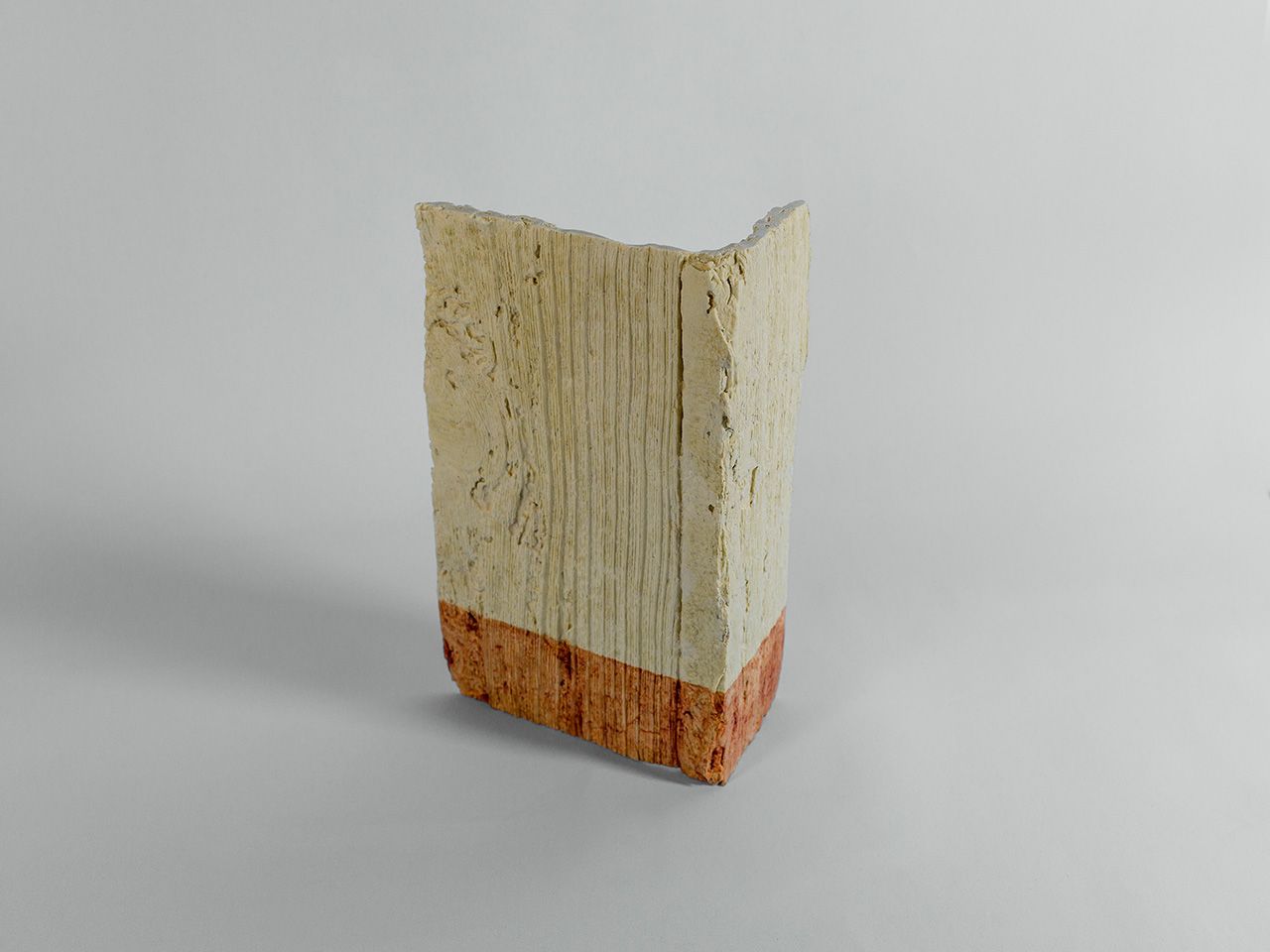