The new district for health and social services consists of three volumes which separate the different functions hosted in the structure. The volume overlooking Piazza Angela Nikoletti houses the health service, while the one along Via Claudia Augusta hosts the social service. This partition allows different access points which assure independence to each service. On the ground floor, along the portico, there is a glazed volume which houses the council pharmacy.
The connection between the volumes is established by an L-shaped structure defining the Southern front which contains the general services, the vertical connections, and the waiting rooms of both facilities. On each floor, in the area of intersection between the two functions, there are the rooms reserved to personnel only.

The fronts that overlook Piazza Nikoletti and Via Claudia Augusta present an external envelope consisting in a double façade that illuminates the consulting rooms and the offices. The transparency is controlled by a geometrical pattern printed on the outer glaze, and in the areas where more privacy is required the pattern becomes closer. In contrast, a matt and smooth mass of concrete characterizes the fronts facing south. 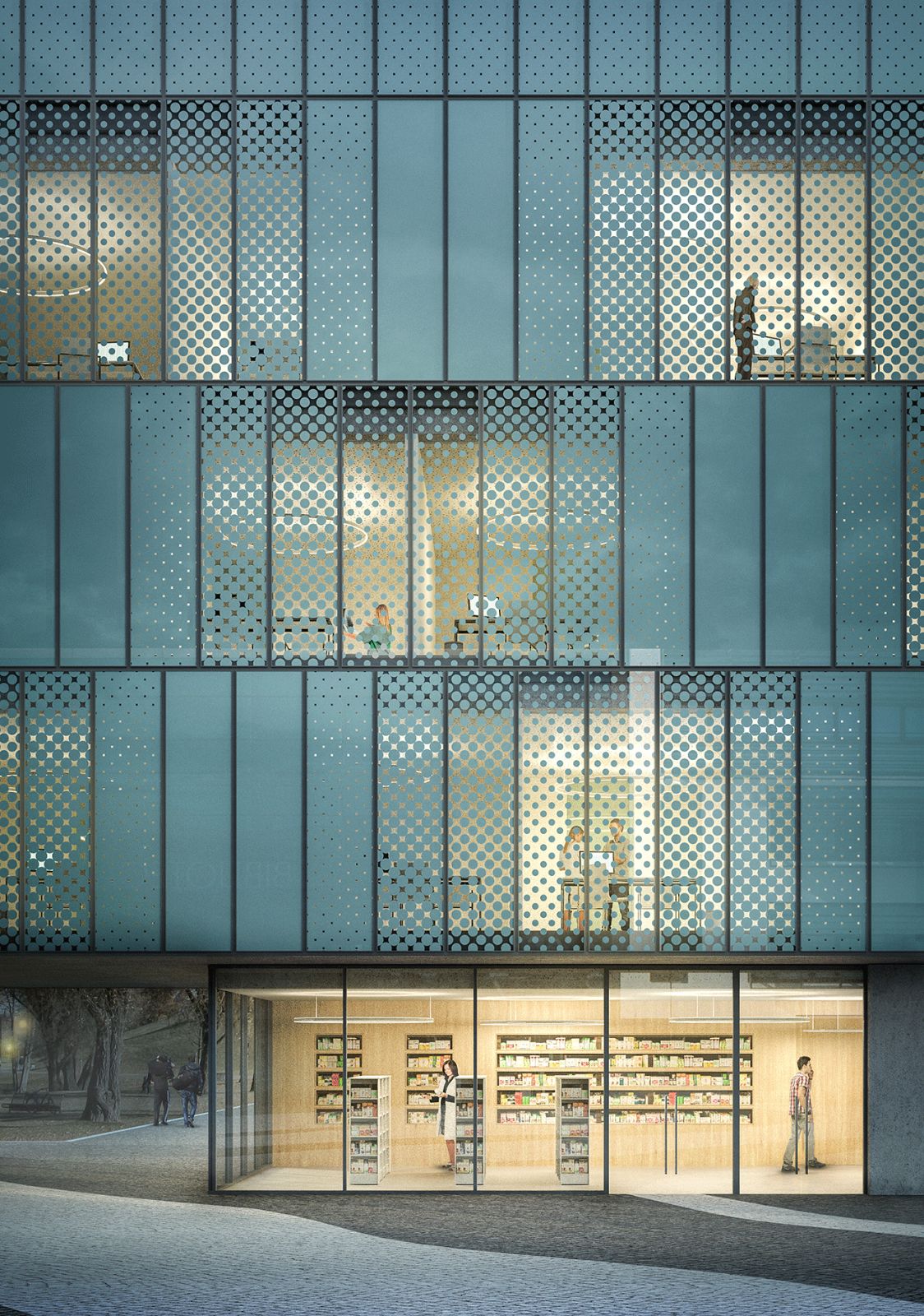 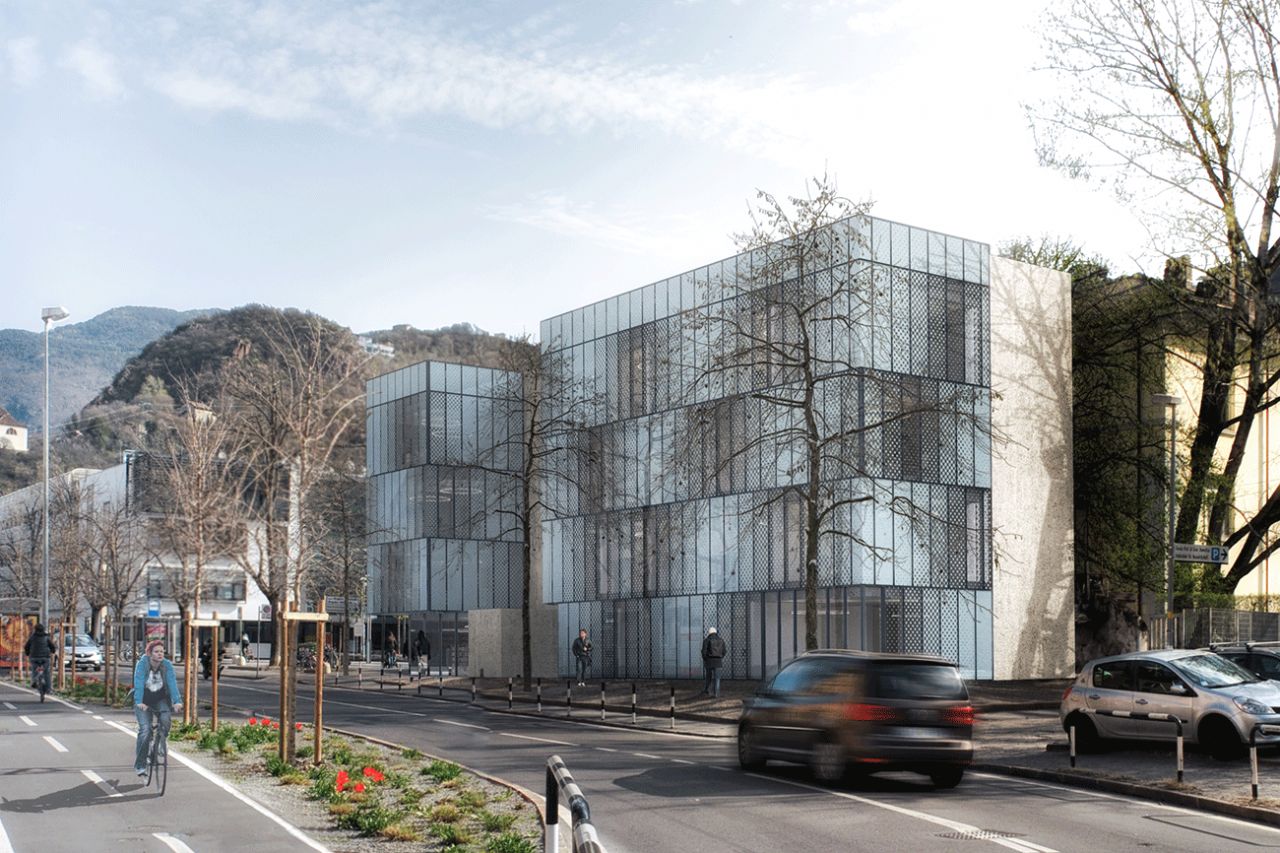 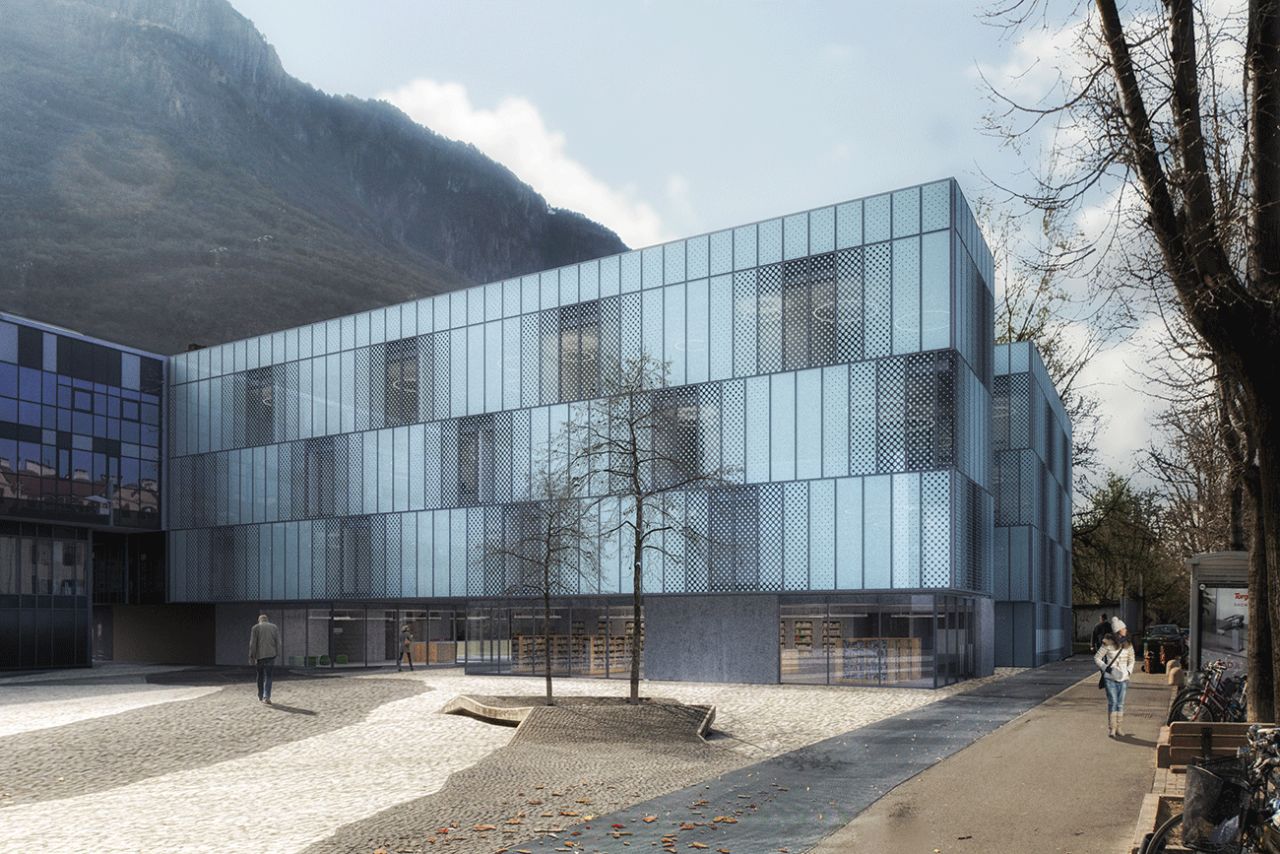 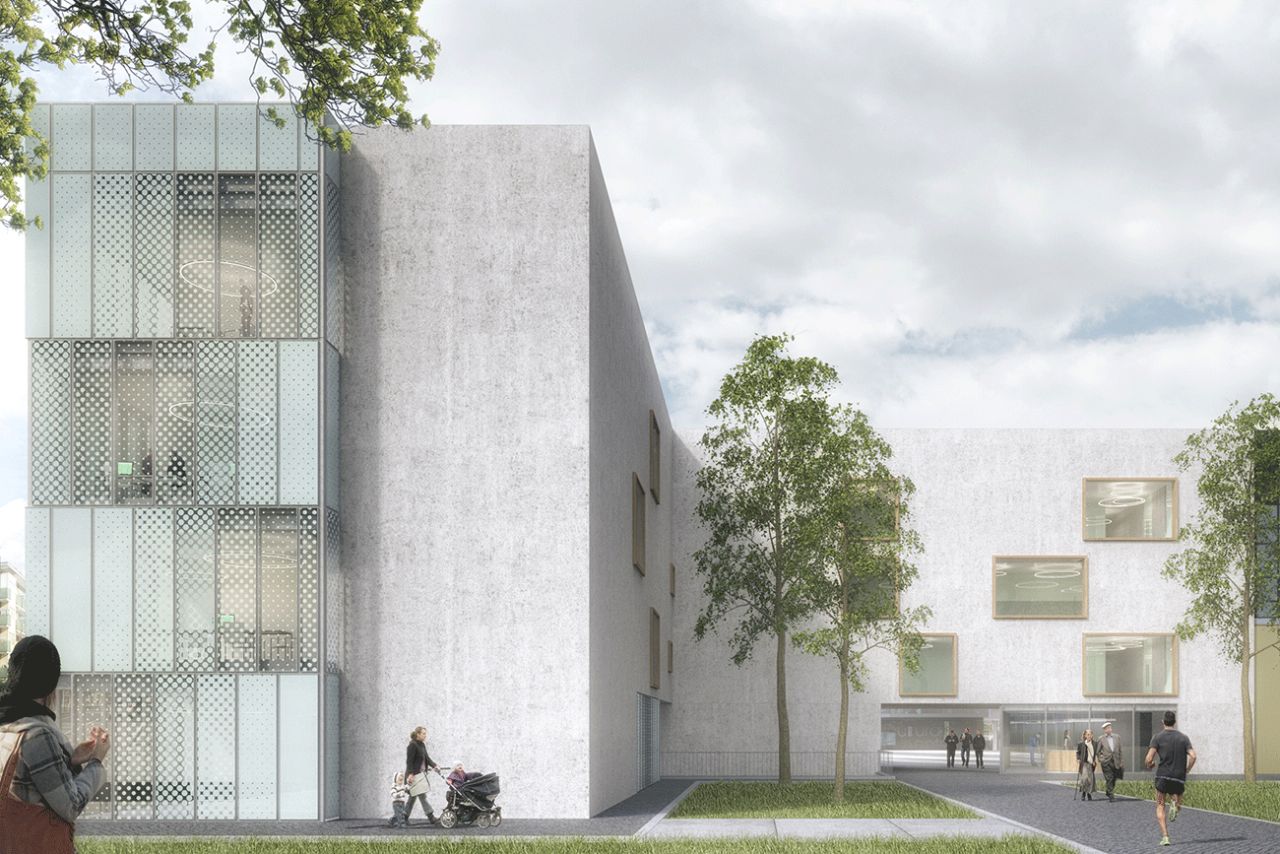 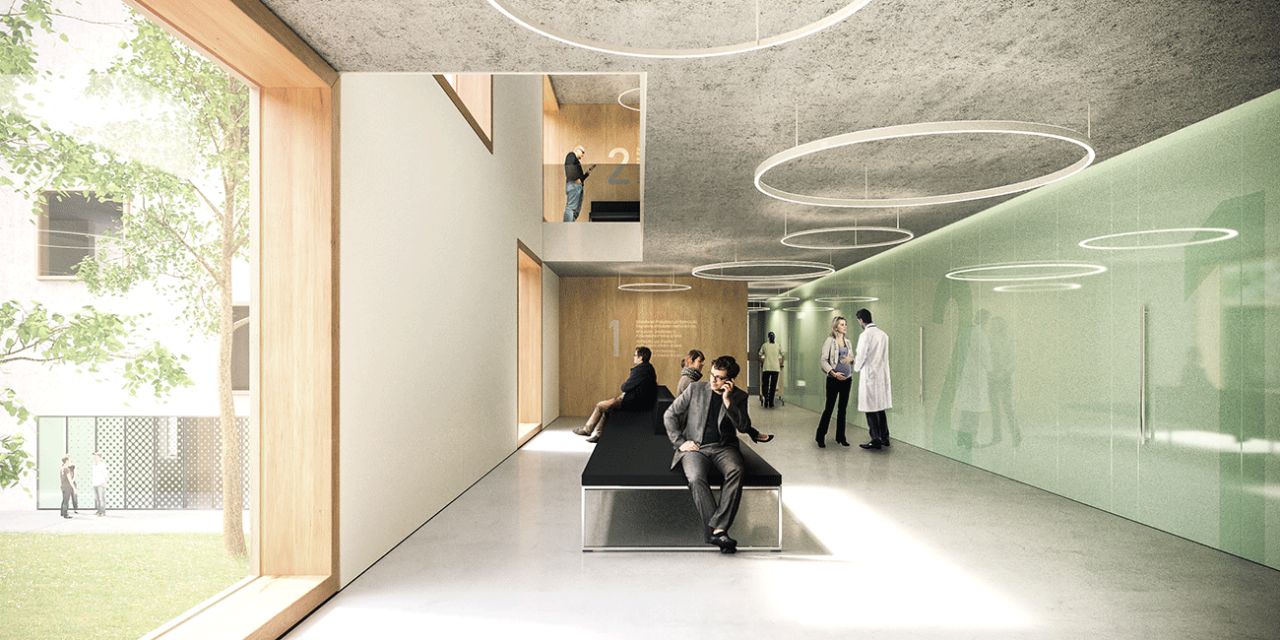 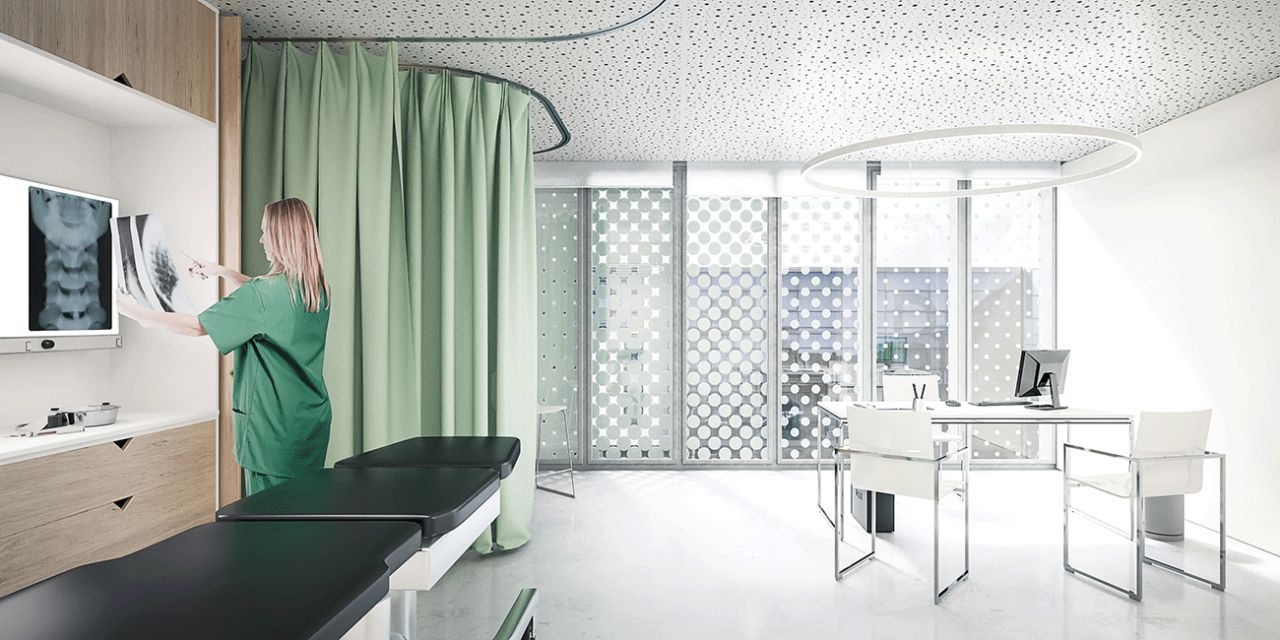 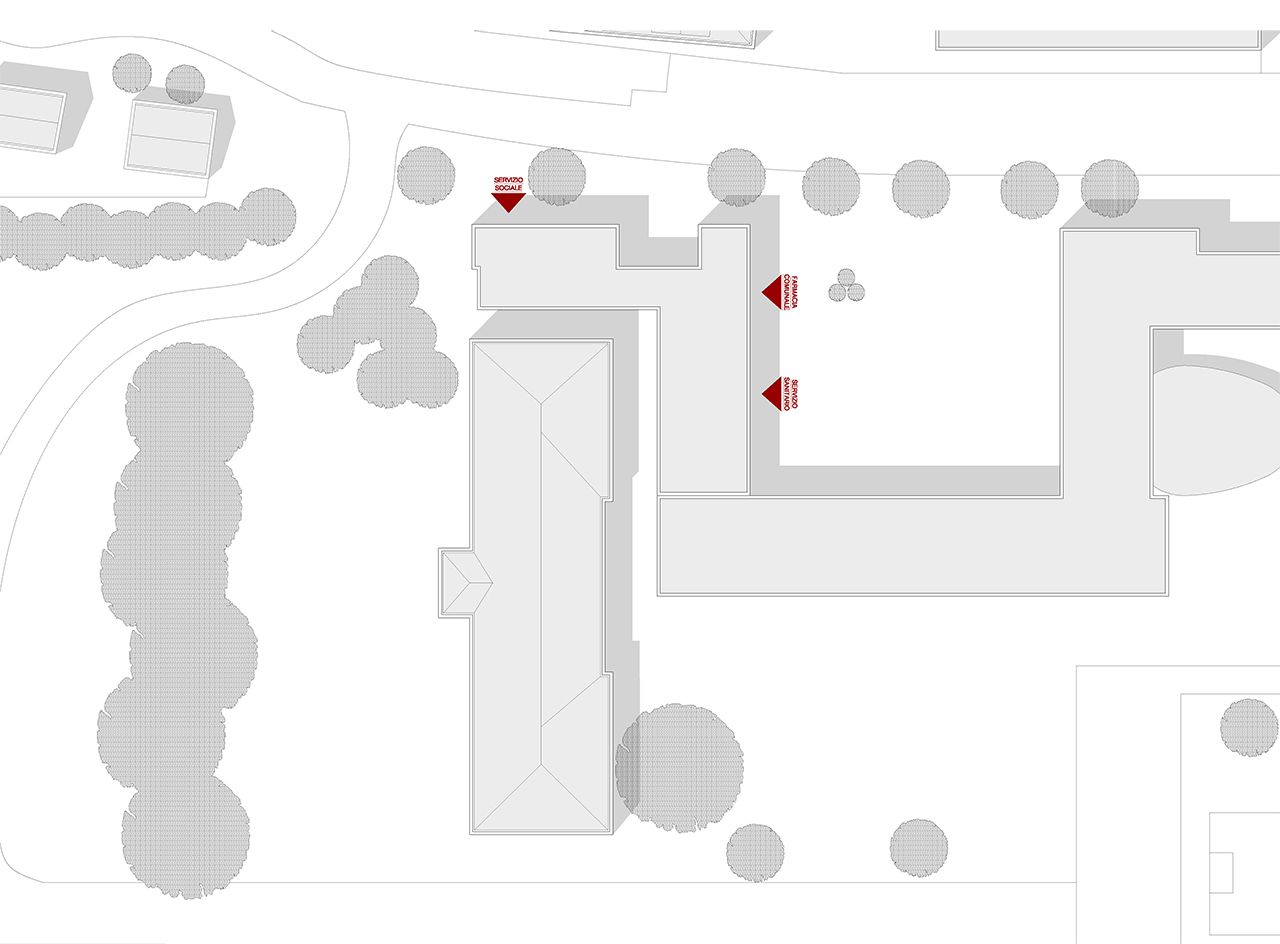 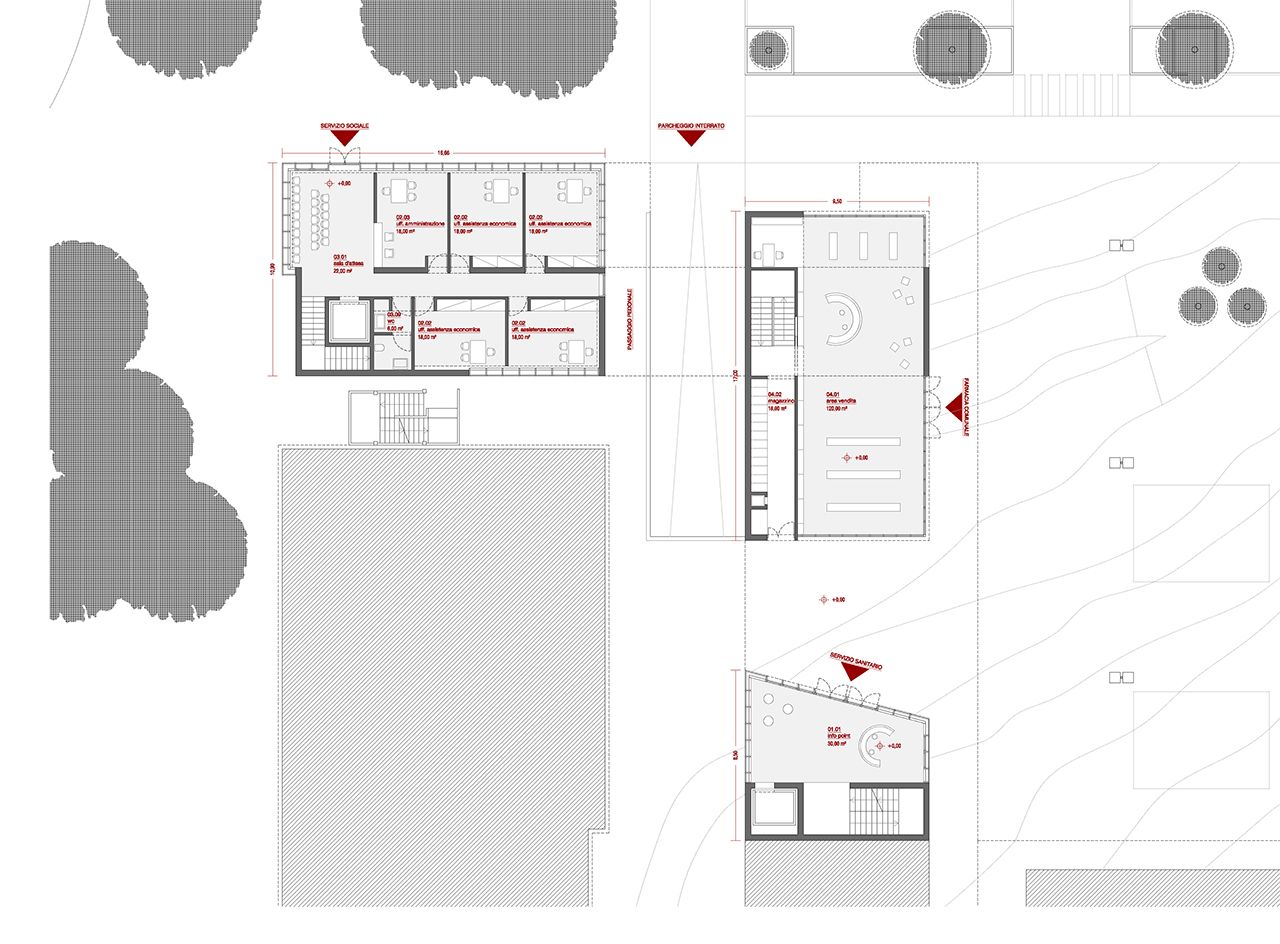 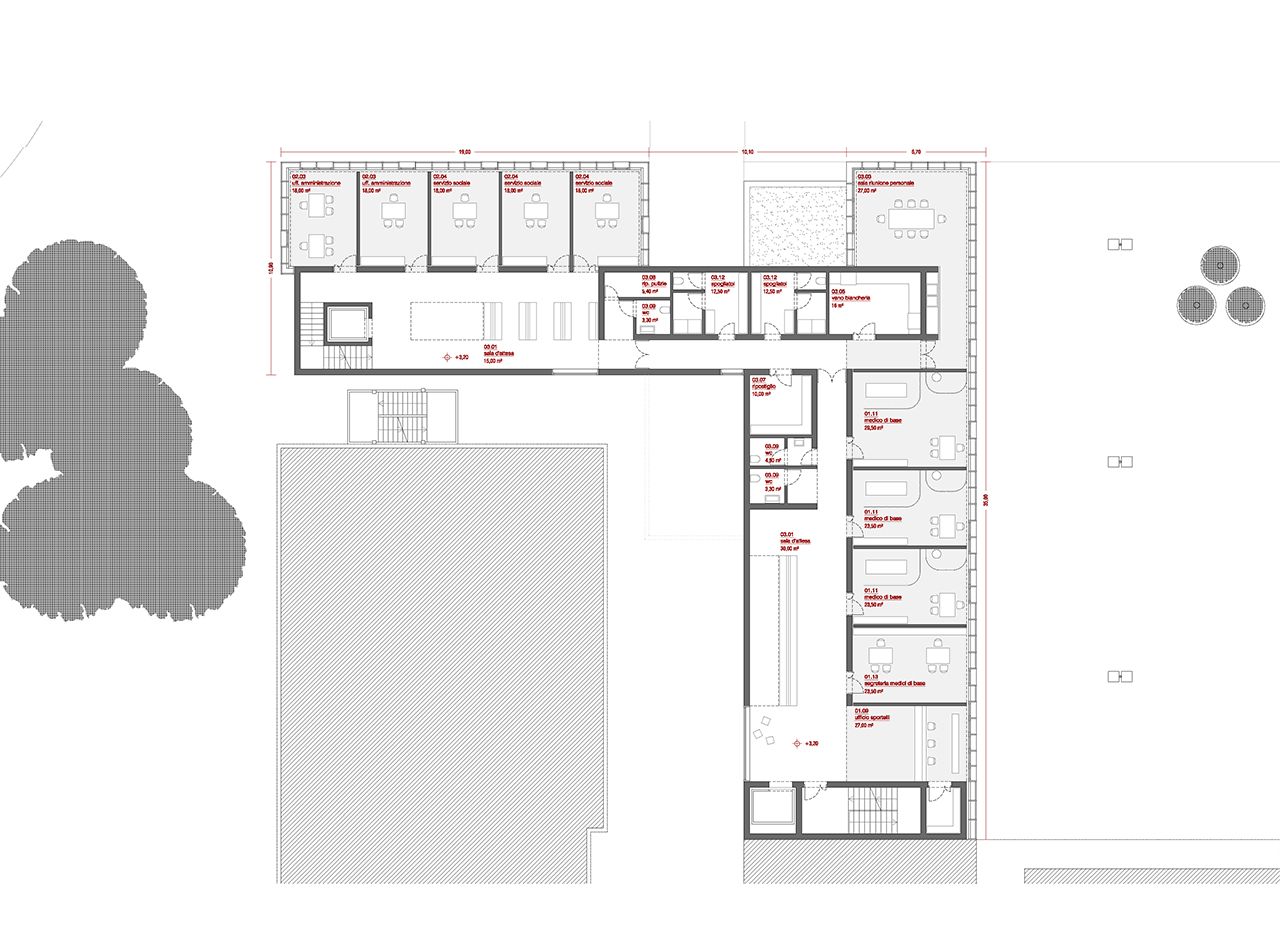