The basic concept of the project looks towards a constant cultural hybridization, expression of the contemporary fluid way of living. The structure intends to evoke a sense of common heritage through the use of forms and spaces that give the idea of a collective value in which memory identifies forms, spaces and materials. The project is based on the reinterpretation of the ‘chamber of the scirocco’, a typical cave, present in the Mediterranean area, created to defend from the scirocco, a hot African wind. The idea for the new summer outdoors installation is to transform the Museum square into a recreational space that at the same time offers food for thought on currently debated topics such as the multiculturalism of our time as well as the didactic aspects related to the construction of the installation and the roots from which it takes shape. The project involves the geometric fragmentation into simple elements of a typical circular-shaped scirocco-chamber model. The decomposition into simple elements and the subsequent recomposition generates four volumes freely arranged on a grassy parterre, each defining an area of influence in which various activities can be carried out in complete fluidity and freedom of movement. Thanks to their geometrical caracteristics, the pavilions are deeply shaded throughout the day. In addition to the imposing row of poplars, the low and horizontal branches of the citrus-fruit trees provide direct shade over the seats. 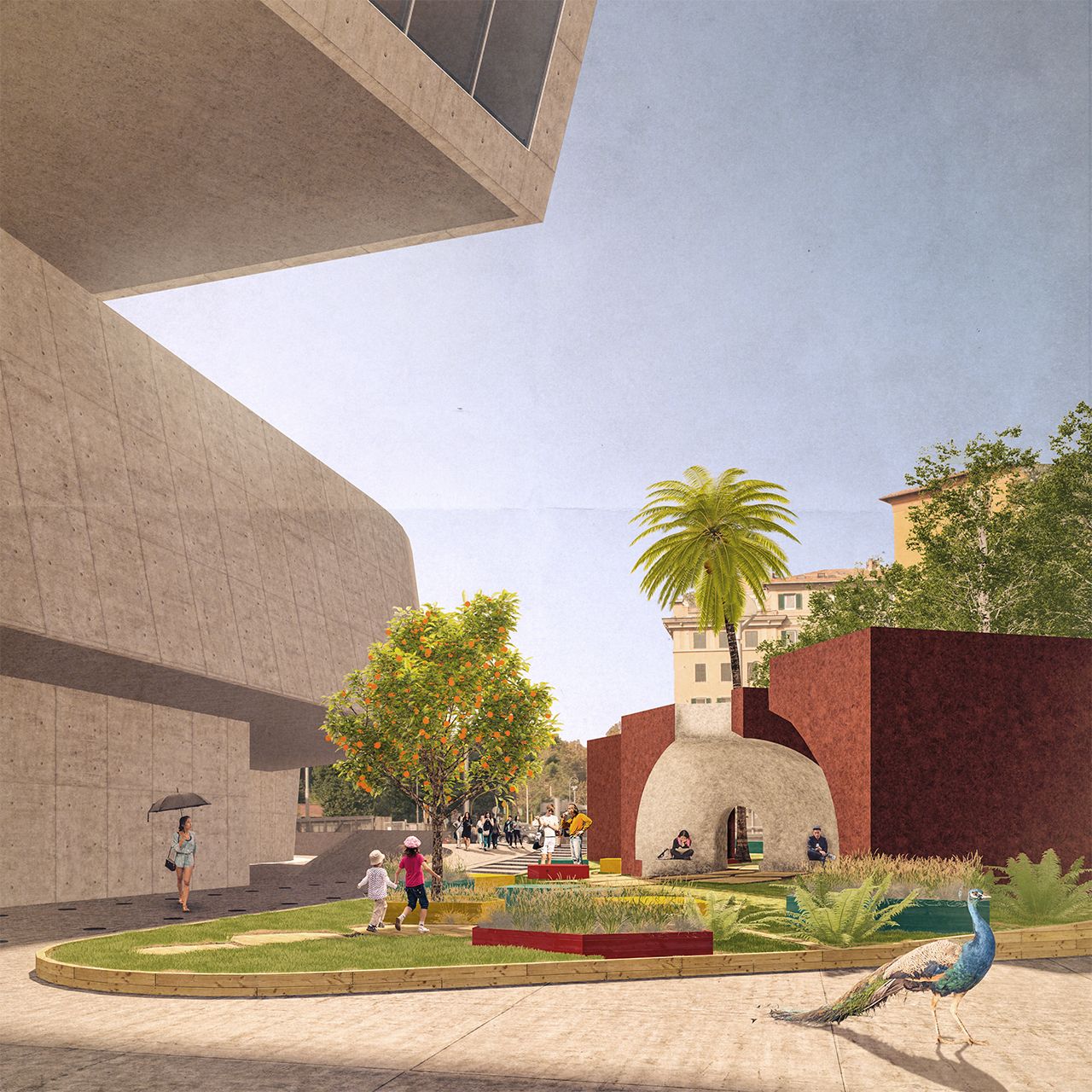 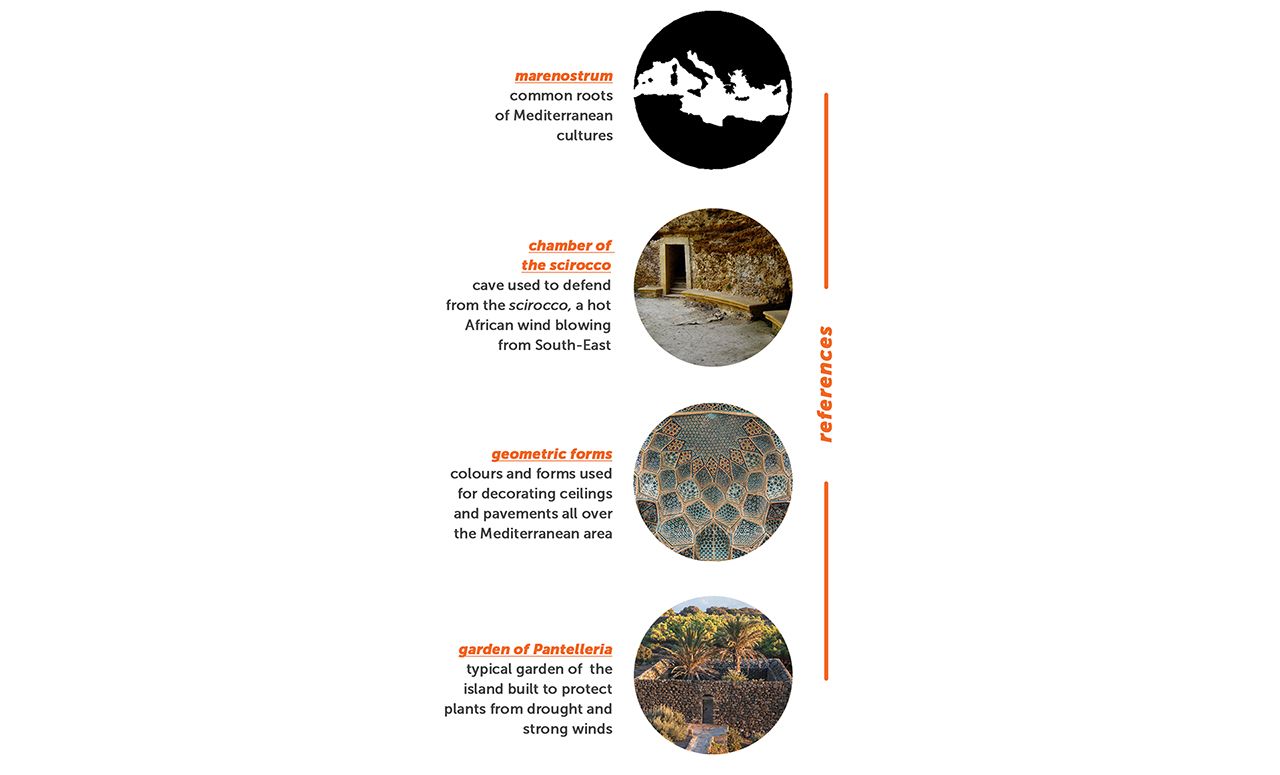 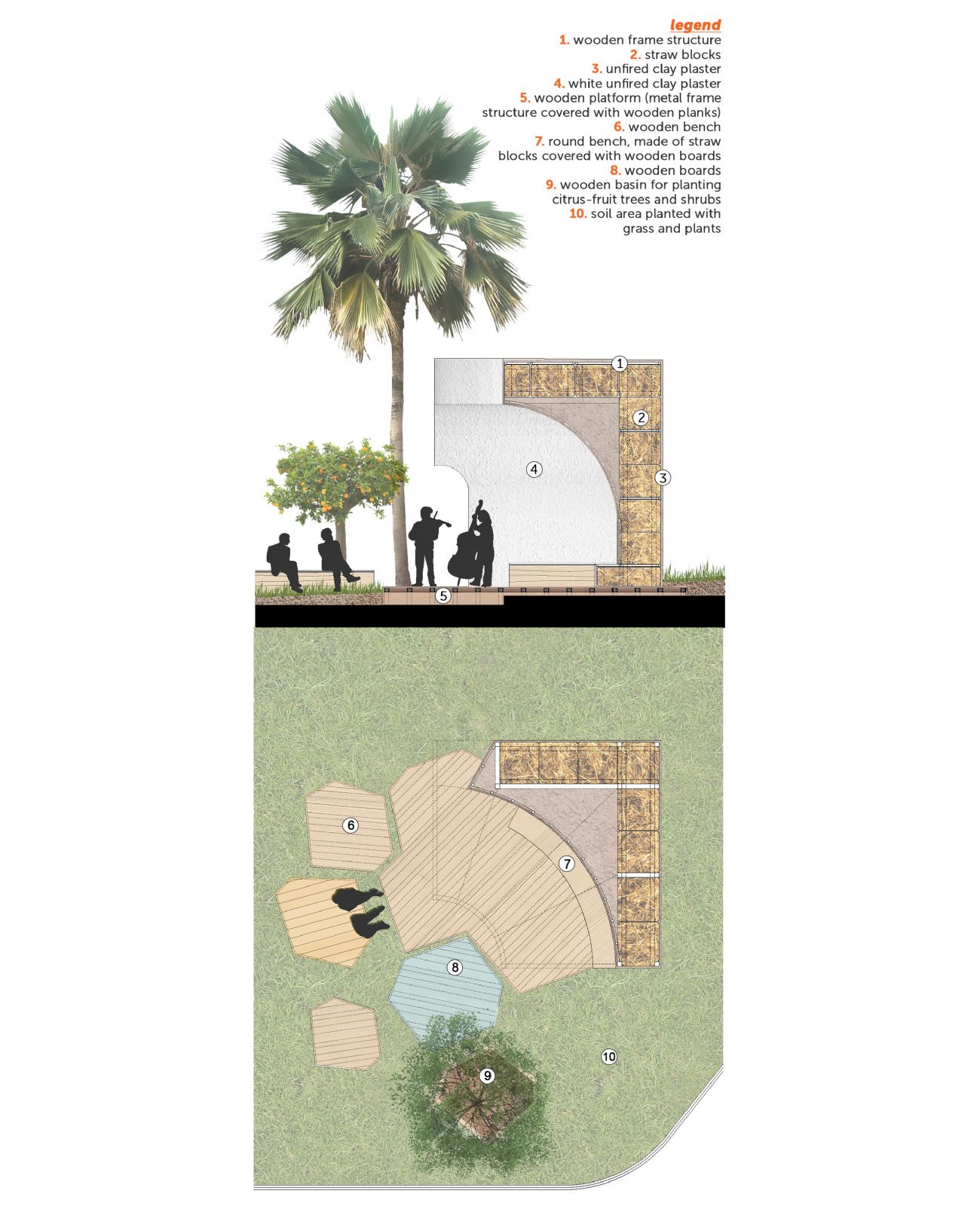